The 2000th Anniversary of the Foundation of the Town of Derbent, Republic of Dagestan

Historical series:The 2000th Anniversary of the Foundation of the Town of Derbent, Republic of Dagestan
Date of Issue
23.09.2015
Catalogue number
5115-0111 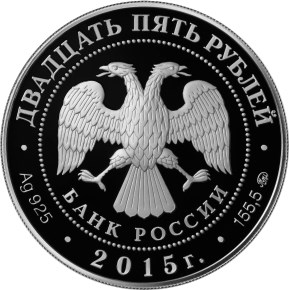 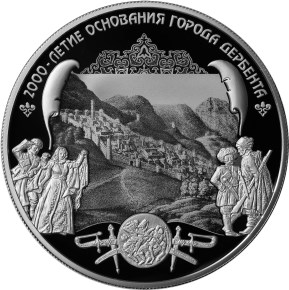 in the centre on the mirror field of the disc – the image of an ancient engraving with depiction of the town of Derbent, to its right and left – by two figures of mountain dwellers with national clothes on, in the foreground in the centre – an oriental plate against a background of crossed sabers and daggers, above along the rim – the inscription: "2000-ЛЕТИЕ ОСНОВАНИЯ ГОРОДА ДЕРБЕНТА" (THE 2000TH ANNIVERSARY OF THE FOUNDATION OF THE TOWN OF DERBENT).