The Award Badge with a Portrait of Peter the Great 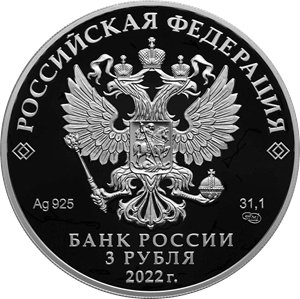 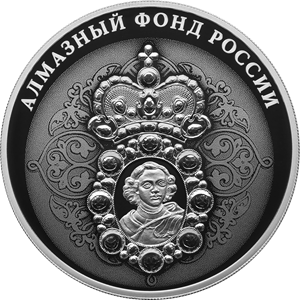 a relief image of the award badge with the portrait of Peter I against the background of a traditional old Russian ornament, laser treated for matte finishing, and the relief inscription ‘АЛМАЗНЫЙ ФОНД РОССИИ’ (DIAMOND FUND OF RUSSIA) around the upper circumference.

The collection of the Diamond Fund was started in 1719 by Peter the Great. The Award Badge with a Portrait of Peter the Great is one of the first exhibits of the collection. This badge was presented personally by the Emperor for special merits to the Fatherland and expressed his highest esteem.

On their picturesque portraits, noblemen often bear an award badge with a reigning monarch’s portrait. Such portraits were called Personalities. They were first created in the epoch of Peter the Great and, being awarded personally by the Emperor, were considered equivalent to medals. Such an award was evidence of not only special merits to the country, but also the monarch’s benevolence towards the awardees.

Frequently, the Cabinet ordered masters to create such portraits in expensive frames.

The Award Badge with a Portrait of Peter the Great dates back to the early 18th century. The portrait miniature was designed by Grigory Musikiysky, a renowned enamellist and portrait artist. Only four such items have survived.

The information was provided by Gokhran of Russia.